The Lehigh Valley Rugby Football Club is a non-profit corporation founded in 1998. Our club represents men’s and women’s rugby in the Lehigh Valley and surrounding areas. Most recently, the club has taken on the task of organizing youth rugby in the community- a project which we hope will help maintain the presence and spirit of the sport in the Lehigh Valley. The men’s team are full members of the Eastern Pennsylvania Rugby Union (EPRU), our local area union. The LVRFC teams are also members territorially through the Mid-Atlantic Rugby Football Union (MARFU) and nationally through USA Rugby. As such, each team is eligible to compete in all national qualifying matches. 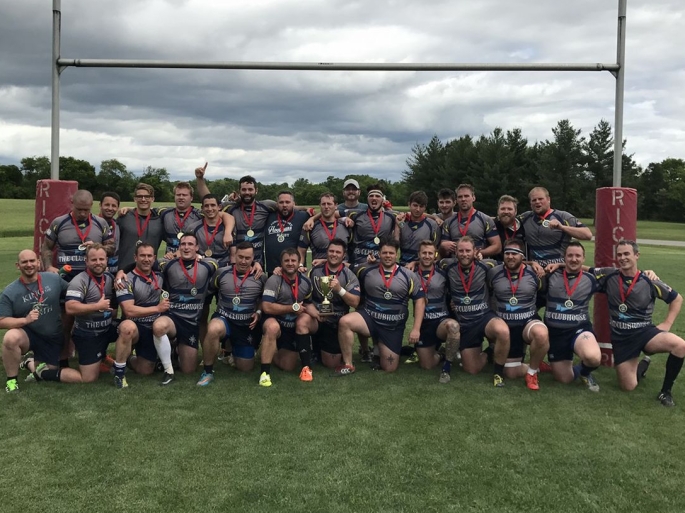 The Hooligan’s Men’s Team had an impressive run in Spring 2017, with a perfect record earning them the opportunity to travel to Richmond, VA to compete for the Mid-Atlantic Division 3 Championship. The Hooligans won a closely contested match against James River by a score of 24-15. Staying strong, The Hooligan’s toughed out their first seasons as a Division II team and are looking forward to a comeback in Spring 2019 with our returning veterans and new talented players.

Our women’s team has made immense progress over the last few seasons, growing from a small organization to a successful team with more than 30 members and a winning record. Our ladies celebrated a great Spring 2018 season, an exciting summer competing in tournaments like the classic CanAm’s in Lake Placid and Son of a Beach in Dewey Beach, Delaware. Although the Fall 2018 season was tough due to the loss of some key players, the ladies are working hard to train new players and look forward to a great Spring 2019 season.

Practice for the men’s and women’s teams Fall 2019 season begins Tuesday, 8/20 at 6:00pm! Practice will be held every Tuesday and Thursday from 6pm-8pm at 1554 Schoenersville Rd. until November! Please email us with any questions.

Thursday, October 18, 2018 5pm-10pm The Clubhouse Grille 400 Illick’s Mill Rd. Bethlehem, PA 18017 10% of all food sales will be donated back to our club! The Clubhouse will be featuring: Thursday Night Football Broncos at Cardinals $2.50 Jr. Cheesesteaks $4.00 Select Craft Beers Mention the Lehigh Valley Rugby Football Club to your server … END_OF_DOCUMENT_TOKEN_TO_BE_REPLACED